Bandung budget hotel or Bandung cheap hotel is a hotel in Bandung that has no star predicate. The service of the hotel is good but cheap because the cost that guest pay has small amount to be paid as tax. To give star to a hotel is depend on how big tax is paid by the hotel. For example when a hotel has swimming pool, goverment will increase tax to be paid by the hotel. The tax finally must be paid by guest. Even beverage is taxable in star hotel. A bottle of 600ml mineral water is 4000 IDR but after taxation it become 14000 IDR. You can save a lot of money by staying at small hotel because you can buy your food outside hotel. Many Bandung food with cheap price because in Bandung if a food is not cheap, much and delicious, people will not buy it.

There are 200 hotels in Bandung that has no star predicate (non star hotel). Most of dometic tourists use hotel for sleeping only so they think what for paying expensive for the hotel just for sleeping. It is better to sleep on non star hotel with service like a home. Most hotel has concept “your home in Bandung”.

Wisma – is maintained by foundation or local government. Wisma is open for public also. If you come with many people in a group it is good to use wisma. Extremely cheap hotel in Bandung for staying.

Guesthouse – bandung guesthouse concept like guest staying at a house which there is also living the owner of the house. Several guesthouse now is like hotel with receptionis, waiter, security and office boy.

Need Bandung driver to find non star hotel for you?
Email to: 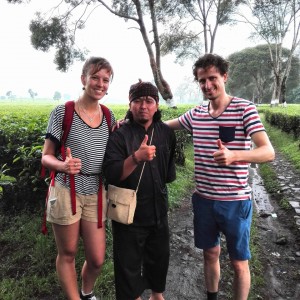